What do Islamic Finance & 'Sukuk' bonds mean for the UK?

The big gathering of  world leaders,  The WIEF, held for the first time outside Islamic countries, themed “Changing World, New Relationships”, saw the attendance of 18 heads of state and government and deputy heads of government, 50 ministers and 2,700 delegates from 128 countries, the largest congregation ever in the history of WIEF.

Britain also plans to become the first non-Muslim country to issue sovereign Islamic bonds, known as Sukuk, beginning as early as 2014. The plans are all part of the British government’s strategy to acquire as big a slice as possible of the fast-growing global market of Islamic finance, which operates according to Islamic Sharia law and is growing 50% faster than the conventional banking sector.

British Prime Minister David Cameron announced the plans during a keynote speech at the ninth World Islamic Economic Forum, which was held in London from October 29-31, the first time the event has ever been held outside the Muslim world. “Already London is the biggest centre for Islamic finance outside the Islamic world,” Cameron told the audience of more than 2,700 international political and business leaders from over 128 countries. “And today our ambition is to go further still. Because I don’t just want London to be a great capital of Islamic finance in the Western world, I want London to stand alongside Dubai and Kuala Lumpur as one of the great capitals of Islamic finance anywhere in the world.” Cameron said the new Islamic bond index on the London Stock Exchange (LSE) would help stimulate fixed-income investments from Muslim investors — especially investors from oil-rich Persian Gulf countries — by helping them identify which listed companies adhere to Islamic principles. Cameron says the British Treasury will issue £200 million (€235 million; $320 million) worth ofsukuk as early as 2014. 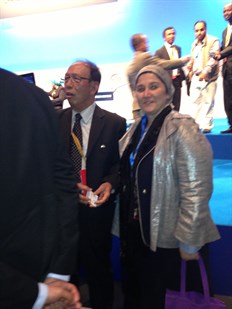 Sukuk are asset-based securities — not debt instruments. In other words, sukuk represent ownership in a tangible asset, usufruct of an asset, service, project, business, or joint venture.

Each suk has a face value (based on the value of the underlying asset), and the investor may pay that amount or (as with a conventional bond) buy it at a premium or discount.  Investors who purchase sukuk are rewarded with a share of the profits derived from the asset.

Without doubt the new announcement by the Prime minister means more FDI especially from investors who wanted Islamic solutions, which will have positive effect in jobs in the UK market. This was highlighted in David Cameron Speech “Time and again London has adapted and evolved first to welcome new investment and provide new ways of doing business.”

It can only mean more jobs in the financial sector as the number of Islamic banks in UK could increase from seven banks and we can see more intermediaries and Investment companies, this all will have encouraging signs for the job market as a whole from Education to Lawyers working in this  sector.

Also announcing the UK support for the growth fund which support Nomou initiative (co-founded by Shell) the fund support small business in the Middle East and the Gulf, an Investment that would have social returns as well as monetary returns, opening this for Islamic companies and governments to create jobs globally means that the UK is not the only beneficiary but future developments can see more partnerships for the benefit of the World Sustainable Economic growth which is a value of Islamic finance.

Sahar Ata is an Associate Lecturer at LSBF

If you are interested in kick-starting a career in the fast-growing Islamic finance industry, we offer an Advanced Certificate Programme in Islamic Banking and Asset Management