5 Bosses You Don’t Want to Become

Everyone knows that moving up the career ladder is a tough task, but avoid turning into one of these horrible bosses.

Getting that first job is hard enough, but progressing in your career’s far from simple. Taking on responsibility for managing others can be an important part of that learning curve – but it’s important to become the right kind of boss.

It’s safe to say these people never learned that lesson. Here are some of the worst bosses ever to have graced your TV screen or cinema. A word to the wise: whatever they do, do the opposite.

Everybody’s favourite Machiavellian nuclear power-plant owner Mr Burns has been bullying his trusty assistant Smithers for more than two decades. He also refuses to remember his employees’ names and will do anything to get rich, even ignoring the health and safety of his staff. No wonder baby Maggie shot him.

Ricky Gervais’ iconic character was portrayed by Steve Carell in the US version of the hit TV show. But both versions have the same problem – David and Michael just try too hard. Whether it’s the cringe-worthy dancing at the office party, terrible jokes or sporting an earring to try and look cool, this regional manager works far too hard to become everyone’s friend.

Sigourney Weaver’s character seems great at first – she’s more than happy to listen to ideas and encourages her secretary to come up with creative solutions to the mergers and acquisitions she works on. And then she steals them and passes them off as her own.

Based on Vogue magazine’s legendary editor-in-chief Anna Wintour, Meryl Streep’s fashion editor is notoriously difficult to please. When she isn’t verbally abusing her staff she’s usually sending her assistants on a series of impossible tasks just to see how loyal they are. She wants things done and she wants them done now – but manners don’t come naturally to her. 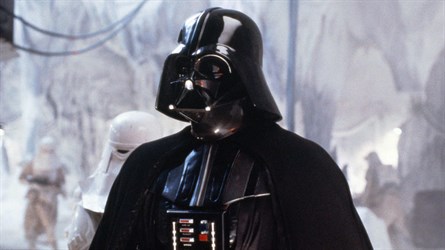 The biggest downside of working for Darth Vader (apart from the uniforms and knowing you’re on the side of the bad guys) is the fact that if things go wrong – even if it isn’t your fault – he will probably choke you. He doesn’t even have to touch you to do it. Still, the Emperor is probably worse.

Phil is that boss at work who everyone loves to hate, yet he makes £10,000 more than you. Find out how to #BeatPhil with executive education courses at LSBF!