LSBF in the PQ Awards 2014 Final with 8 Nominations 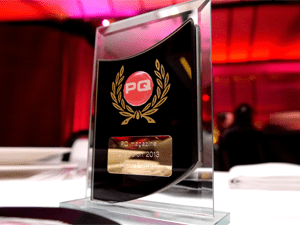 LSBF hopes to secure another win at the PQ Awards 2014.

For another consecutive year, LSBF’s esteemed faculty has been recognised by the PQ Awards. Following success at the ceremony last year, LSBF has been shortlisted with eight nominations across six different categories, including Accountancy College of the Year. Organised annually by the PQ Magazine, the PQ Awards will take place on 27th January in London and will recognise the best institutions, teachers, materials, students and learning platforms on the market.

Reflecting LSBF’s global development as well as its achievements in 2013, the PQ Magazine shortlisted LSBF as finalists in the following categories:

Rob Sowerby, Director of LSBF's Professional Training Programmes, said: "Being nominated for another consecutive year is truly amazing. It’s a great achievement for our students to be acknowledged as some of the best emerging talent in the field. It is also fantastic to see LSBF succeeding in these awards year on year. I look forward to continuing this success in 2014.”

At last year’s prestigious PQ Awards ceremony, which celebrated its 10th anniversary, LSBF ACCA tutor Paul Merison was awarded with the Accountancy Lecturer of the Year prize, whilst former ACCA student Saad Mir won in the Newly Qualified Accountant of the Year category.

To find out how LSBF fares at the upcoming 2014 ceremony, stay tuned to our recently launched Global Matters blog, where further updates will be announced