India’s new government has announced a huge economic reform in a bid to bring fresh growth to the nation.

India’s economy has been failing to win over its critics of late. Although it has been growing fairly steadily, expansion below five per cent a year has not been enough to lift many citizens out of poverty and the country has been demanding more.

Manufacturing actually contracted in 2013-14, for the first time in more than 20 years.

Now, the new government has announced a series of economic reforms intended to get Asia’s second biggest economy in gear.

Here’s a selection of some of the most important points of the plan to get India back on track.

President Pranab Mukherjee laid out plans for the government to attract more foreign direct investment into the country to create jobs and assets. Measures will be introduced to improve the ease of doing business, though it is likely more detail will be released on exactly what that might involve at a later date.

One of the more concrete promises was to implement the long-running goods and services tax, which President Mukherjee explained will mean listening to, and dealing with, different concerns held by a number of individual states. It is hoped that this will create a simpler tax regime and encourage more businesses to invest in India, both from at home and elsewhere.

Both the government and the Reserve Bank of India have been treating food price inflation as a serious problem, but it seems there is still much to be done to keep a lid on this vital component of the cost of living.

In particular, the government is keen to introduce more supply-side measures – and there will be moves to fight both hoarding and the black market for food. Contingency plans are also being made in response to fears about a disappointing monsoon season to come. 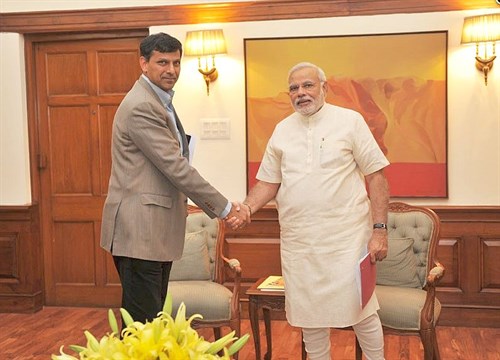 One of the government’s more ambitious intentions is perhaps seen in its promise to increase India’s energy capacity. Interestingly, India is even set to invest in non-conventional sources such as developing nuclear power projects for civilian purposes, and expanding the existing national solar mission.

That is certainly needed if the country is to support further growth in industry, but it is also aimed directly at some of the poorest citizens in the country – the government is aiming to make sure every family has a home of a good standard, complete with uninterrupted power supplies, by 2022.

An absolute necessity if businesses and industry are to thrive, infrastructure has been a cause for concern in India for quite some time. As part of its new reform plan, the government intends to invest heavily in improving the old railway system, with a focus on introducing high-speed trains.

In addition, there will are plans to build a series of low-cost airports to make it easier to travel between the diverse, yet huge, population and business centres, as well as a revamp of the nation’s road network.

In a country with such a huge youth population, creating job opportunities has become a top priority. The government is planning to deal with this by promoting tourism and agricultural-based industries. Labour-intensive manufacturing will be a major area, with the intention of emphasising the industries that demand higher staffing levels.

There will also be moves to use counselling and training to ensure young people develop the right skills to succeed in the jobs that are being generated, as well as increasing the use of technology to connect people with vacancies. Existing employment Exchanges will be turned into Career Centres, providing more and better advice for young people seeking to find their way into work.

New research from the Mayor of London's promotional agency, London & Partners, has named London as the leading destination for…