More than 20 business and political personalities were interviewed last year as part of the Great Minds series, including the start of a new live audience category of videos: Great Minds Live. The live format was initiated to give LSBF students the chance to take part in the interviews, interact in the Q&As, and meet the guests at networking sessions.

Rob Sowerby, LSBF Director of Professional Courses, said: “We are very proud to receive this award. This recognition reflects the success of LSBF’s Great Minds series in providing the student community insights into the professional world through our interactions with business and industry leaders.” 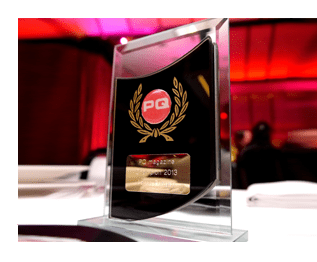 “The Great Minds series will continue to work toward achieving its primary goal – inspiring students and promoting debate on education, employability, entrepreneurship, and the economy,” added Mr Sowerby.

To date, the series has published 35 videos, and there are many more scheduled for release in due course.

All LSBF Great Minds videos can be viewed here.