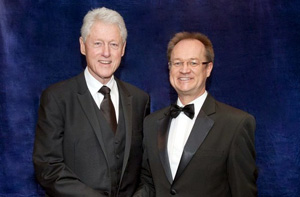 LSBF Faculty and Management joined former US President Bill Clinton and other important names in the business and political worlds at the Entrepreneurs 2012 Conference, one of the most important business events held this year in the UK, of which LSBF was a proud sponsor.

As part of the Global Entrepreneurship Week, the conference featured three days of debates and panels on the most relevant topics in the business world. As a leading thinker and academic, LSBF Rector & CEO Prof Maurits Van Rooijen was one of the guest speakers and joined other leading business minds at the panel "Managing Culture: Diversity and Equality", which focused on how top organisations manage diversity and how it affects them.

Bringing together important names in the business and political worlds such as Bill Clinton and British entrepreneur Levi Roots, the Entrepreneurs 2012 conference brought debates, keynote speeches and discussions on hot topics affecting all areas of business and entrepreneurs alike. 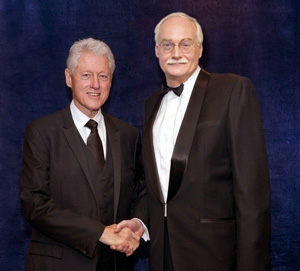 LSBF Rector, Prof Maurits Van Rooijen, was one of the guest speakers at the panel "Managing Culture: Diversity and Equality"

Commenting on the event, Prof Van Rooijen said: "As one of the sponsors of the conference, LSBF sees Entrepreneurs 2012 as the perfect platform to discuss business challenges affecting organisations worldwide, bringing the knowledge and expertise together in an environment of like-minded people. The debates provided interactive and thought-provoking discussions to inspire tangible economic changes."

During his panel discussion, Prof Van Rooijen was joined by leaders of organisations such as the Forum International Relations Development, Women in Management Network and the Centre for Creative Leadership. The group addressed several issues faced by organisations, including equality in the workplace, legislation and culture management.