PQ Awards 2017: 5 Nominations Including Accountancy College of the Year for LSBF in Singapore 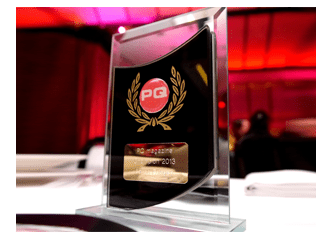 London, 2 February 2017 - London School of Business and Finance’s (LSBF) students, staff and resources have been shortlisted for the PQ Magazine Awards 2017. With a total of five nominations, including Accountancy College of the Year for LSBF in Singapore, LSBF is in the run for one of the best established accolades in the accountancy industry for another consecutive year.

Every year, the PQ Awards judging panel assesses excellence in accountancy training, recognising the results and innovation achieved by institutions, teachers and students, as well as newly and part-qualified accountants across the private and public sectors. The 2017 ceremony will take place in London on Tuesday 21 February.

This year’s nominations reflect the constant growth of LSBF, its innovative drive and international dimension, expanding in less traditional fields. LSBF has been shortlisted in the following categories:

Rob Sowerby, Professional Courses Director, welcomed the nominations: “Being nominated in the PQ Awards is an important endorsement of LSBF’s continuous commitment to maintain and improve the quality of our tuition and student experience. Being in the running for Lecturer of the Year proves how crucial it is to have experienced tutors such as Martin Jones in our faculty, and to see our Facebook Live ACCA mentoring programme shortlisted in the social media category shows the importance of using accessible channels and technologies to reach out and support students during the revision period.”

This year also marks the first nomination at the PQ Awards for LSBF in Singapore; the Asian affiliated institution is shortlisted for the Accountancy College of the Year awards, and hopes to carry on the successful trend that saw it collect six prestigious accolades in 2016.

“This nomination is a great honour for us. It takes us closer to London, and at the same time strengthens LSBF’s global dimension,” said Rathakrishnan Govind, Managing Director of LSBF in Singapore.

The school is a Singapore QP Accredited Learning Organisation, and holds the Platinum Approved Learning Partner Status by the Association of Chartered Certified Accountants (ACCA). Over the past five years, LSBF in Singapore has helped a total of 138 students to become ACCA Prize Winners, an award only given to the best performing ACCA candidates.

In 2016, LSBF was awarded the Asia Enterprise Award, the School Green Lotus Award and the Spirit of Enterprise Award respectively, and received three prizes at last year’s Training & Education Development Awards, establishing itself as one of Singapore's best providers of private sector education.

During the December 2016 ACCA Exams week, LSBF’s ACCA tutors provided innovative live sessions through LSBF’s Facebook account. The lectures were designed to prepare students for the different papers they were about to be tested on, providing guidance and tips.

The sessions were provided by experienced lecturers, inviting students to get involved and responding to their questions and comments live. The series consisted of three videos over, taking place over the exam period, and were viewed by over 30,000, reaching high levels of engagement.