As Africa continues to modernise its economy and develop its infrastructure, international businesses and organisations are keen to make the most of the continent’s rich investment opportunities.

With recent findings showing that the continent holds seven out of ten of the world’s fastest developing economies, its numerous nations are in a period of rapid economic growth, enhanced with stores of natural resources and an ever-growing workforce population.

We are pleased to announce that London School of Business and Finance (LSBF) and its online learning partner InterActive, are to join the Africa House London initiative, a social not-for-profit enterprise established to promote direct trade for sustainable wealth between the UK and Africa. Through the partnership, LSBF, InterActive and Africa House London will work with a number of other leading British and African organisations to strengthen, develop and add value to new and existing trade and business relationships 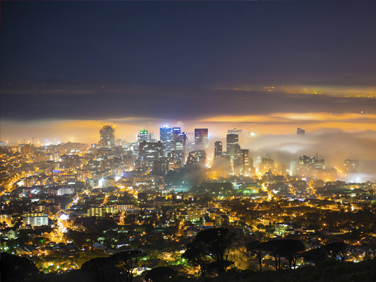 “Our successful engagement with the African continent has included teaching thousands of on-campus and online students as well as valued corporate and governmental partners,” said Andrew Malley, Director of African Leadership & International Partnerships at LSBF.

“This has led us to believe that the issues that matter to the emerging, growing and dynamic African economies are most importantly; education, up-skilling, responsible corporate and social governance as well as positive engagement and partnership with the global economy,” added Mr Malley.

As part of Africa House London’s mandate to positively impact on UK trade, it is spearheading an initiative entitled Africa For Growth, led by London Mayor Boris Johnson and the Greater London Authority. The project been specifically designed to increase bilateral trade and investment between the UK and Africa.

“We feel this initiative touches upon the core areas we think are vital to the success not only of this project but also of UK-Africa bilateral relations,” stated Mr Malley.

Africa House London has been established in response to the growing need for accessibility to lucrative trade opportunities in Africa by the UK government and corporations.

“Investments in Africa over the past two decades have shown to provide greater returns, averaging 16-20% higher returns than European and Asian economies. A number of companies are already looking to Africa as a valid investment opportunity – including our group, with plans to establish offices and schools – alongside other UK organisations in industries such as power generation, infrastructure, oil and gas and hospitality. A common theme does exist in this expansion: the importance of education as a key component be it with training, apprenticeships and mentoring”, he added.

“This new partnership comes at the right time to be mutually beneficial to all involved, with successful investments continuing to help the growth of Africa’s economy, whilst providing strong links for LSBF, InterActive and our wider group as a whole”, concluded Mr Malley.

To find out more about the initiative, visit http://www.africahouselondon.com/