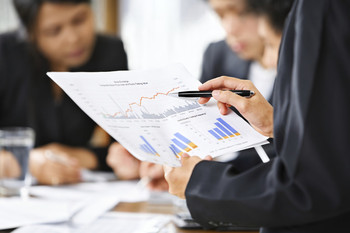 The Islamic finance and banking industry has seen large increases in recent years and with annual growth rates of over 20%.

The Islamic finance and banking industry has seen large increases in recent years and with annual growth rates of over 20%, it has managed to establish itself as part of the mainstream market. Ever keen to be at the forefront of global trends in business and finance markets, London School of Business and Finance recently held an open Islamic Finance Conference, in order to discuss one of the world’s fastest growing financial sectors in more depth and to shed light on its future direction.

Hosted at LSBF’s New Court campus on the 4th of July, the conference was attended by students – some of who were unfamiliar with Islamic finance and were interested in understanding the sector, while several others were already studying the subject. Dr. Adnan Aziz, Chief Executive Officer at Islamic Global Distribution Platform, and Paul Todd, head of investment policy at NEST, both of who are key figures in the industry, each gave a keynote speech. Dr. Aziz introduced the topic and discussed Islamic finance’s current position, as well as its application in the industry, while Todd focused on pension schemes and investments. Subsequently they took part in a Q&A session with the audience and one comment in particular, which the two were united in agreement with, was that Islamic finance is for everyone, despite being based on the principles of Sharia law - the moral code and religious law of Islam.

Having received formal academic training in the field of Islamic economics, banking and finance from the International Islamic University in Pakistan and gaining his doctorate from Loughborough University, Dr. Aziz is a key name in the sector and has a wealth of experience in developing cutting edge Sharia solutions for financial institutions. “Islamic banking is for everyone, not exclusively those of Islamic faith, it’s just another way of banking”, he said. Looking to the future of Islamic banking, Todd added: “A hypothesis we’ve made at NEST, is that ethical-based banking systems may have more positive impacts on longer term investing”.

Given LSBF’s continued focus on being at the head of global market trends and developments, the school offers an MSc in Islamic Finance and Banking, which allows students to gain a practical understanding in the field. Initially students will learn the fundamentals, such as the differences between Islamic and traditional banks, as well as how bank accounts work under Sharia principles. The syllabus also explores the key activities of Islamic banks and trends in Islamic portfolio management, ensuring students are up-to-date with the latest changes and equipped for success in this rapidly developing field. 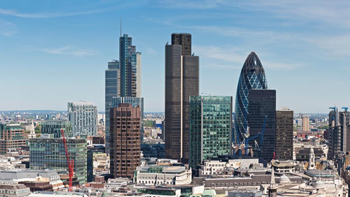 Speaking on why the conference was so important, Sahar Ata, Associate Lecturer in Islamic Finance, who was instrumental in organising the event, said: “Islamic banking is related to ethical banking, but we’re trying to educate everyone to know the difference and also to let them know that Islamic banking is for everyone and not just those of Islamic faith. Therefore, I believe these conferences are a great opportunity for people to find out exactly what this banking sector is offering.”

To learn more about the MSc in Islamic Finance and Banking offered at LSBF, please visit:
http://bit.ly/wyiIsN