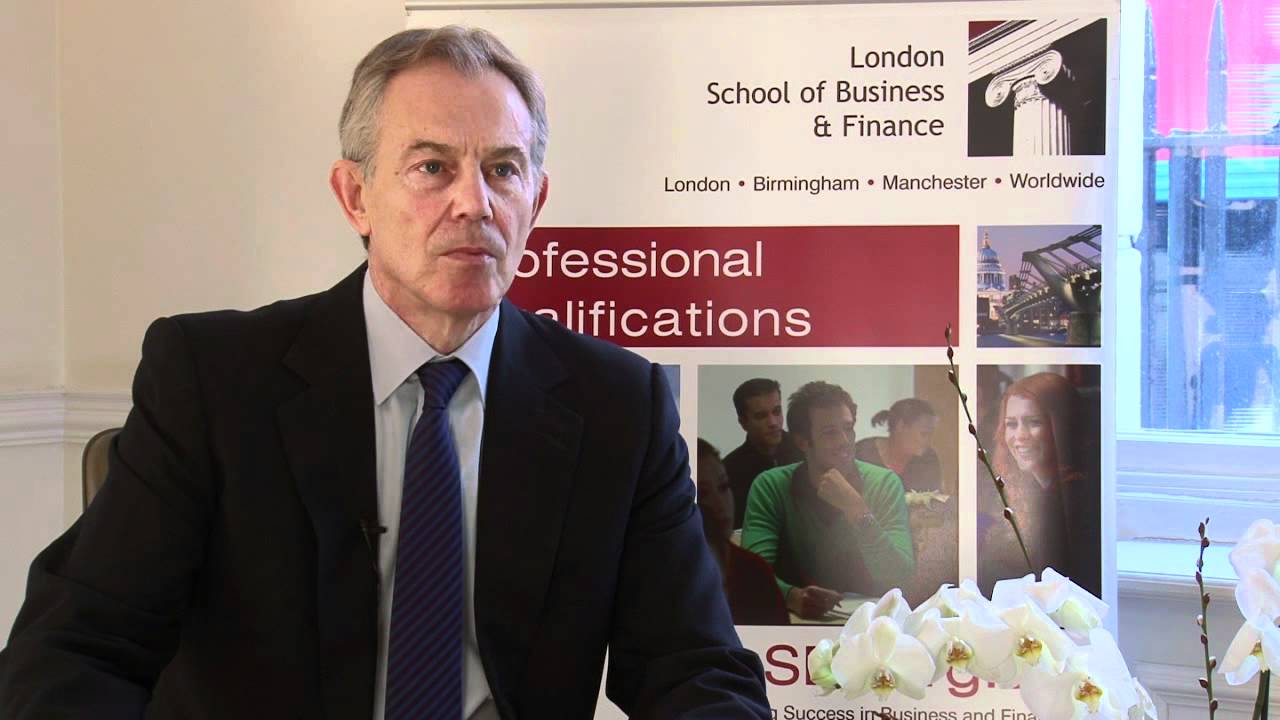 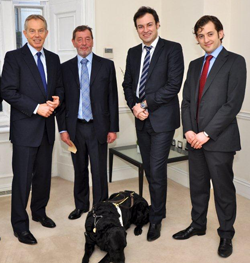 In a special interview with London School of Business and Finance (LSBF), the UK’s Former Prime Minister Tony Blair praised LSBF for its global professional skills development and its use of technology to deliver education worldwide.

During a wide-ranging interview with LSBF’s Visiting Lecturer, and Former UK Home Secretary and Education Minister, The Rt Hon David Blunkett MP, Tony Blair said: “The way LSBF has gone about positioning itself, and doing what it is doing, is a great example [of what can be achieved].”

Reflecting on the way LSBF applies professional skills development in its programmes, Tony Blair said this was a key requirement in education institutions, which must ensure “how and what they are educating people has some realistic application in the world of work”.

“The way LSBF has gone about positioning itself, and doing what it is doing, is a great example (of what can be achieved).”

Discussing high profile issues ranging from graduate employment and the need for professional skills in today’s job market, to technology in education and the global economy, the former Prime Minister and the former Home Secretary also discussed LSBF’s innovative use of technology to deliver education. Referring to LSBF’s award winning online platform, Interactive, and the Global MBA, a ground-breaking programme delivered via Facebook, David Blunkett said: “LSBF is using Facebook and other technology in imaginative ways.”

In the interview, Blunkett asks Blair about the role for public-private partnerships, which he notes "we were just beginning to move towards all those years ago." Blair responds: "If you look at the world today, the one thing which is absolutely clear is there is a permanent revolution going on of change, and this is very discomforting for some people at one level. It's also very exciting, by the way, on another level. It offers enormous opportunity, but only for people who are prepared constantly to reassess, to re-evaluate and to adjust. And that is as true in higher education as it is if you're in the financial sector or manufacturing. Anyone who stands still gets left behind."