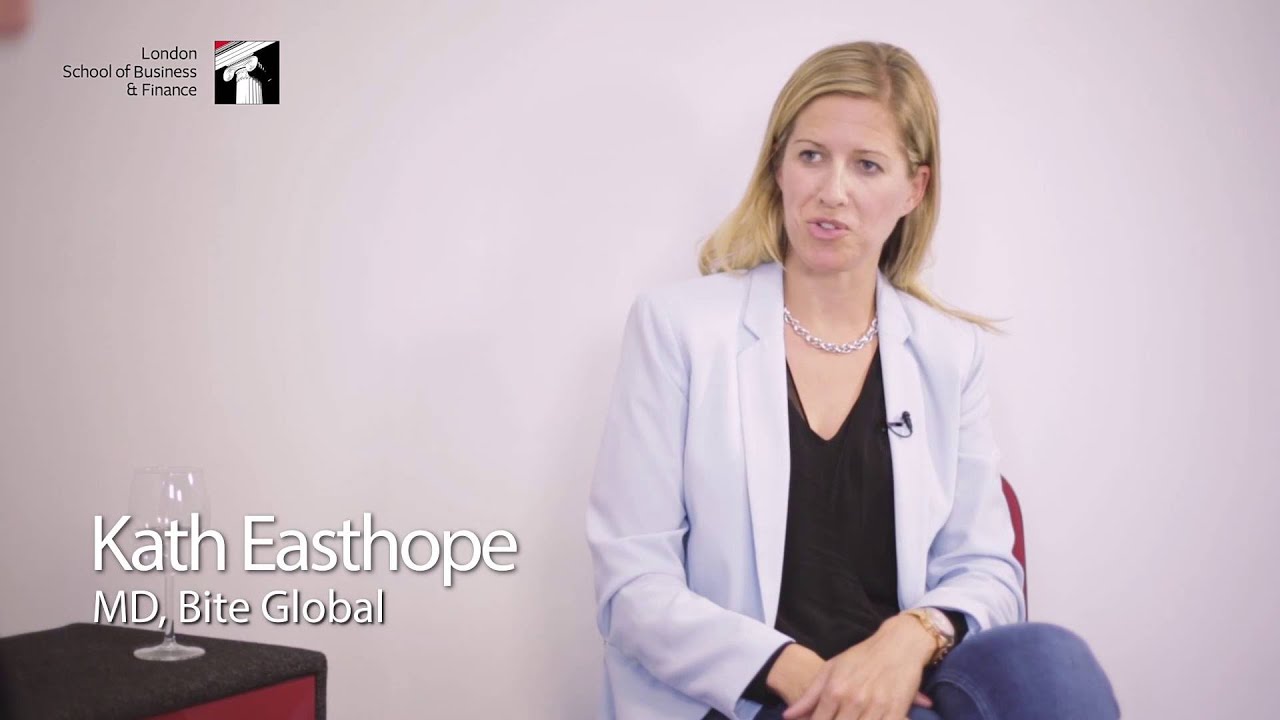 In a live interview with London School of Business and Finance (LSBF), Kath Easthope, Managing Director of Bite Global – an agency which delivers innovative marketing and communications solutions, spoke about how the industry’s landscape has become more exciting to be a part of.

“I personally believe this is the most exciting time to be in communications,” she said. “The whole landscape we work in has changed […]It used to be that you created a client story and got coverage and were measured on the volume of coverage. But we are now competing with everyone.

“Every single client brief is different now. You have to be able to go into a client’s organisation and change the way they think.”

Speaking with Dr Steve Priddy, LSBF’s director of research and academic dean, Ms Easthope explained the history of Bite and how they became a successful company, what she looks for in a “Biter” (the affectionate term used for their employees), and how the PR industry has adapted to technological advances.