The Reinvention of Learning

When the news spread during the sixteenth century that manuscripts could be reproduced cheaply through printing, the ‘lectors’ had a bit of a shock. After all, a lector – or lecturer – is Latin for ‘reader’ and their job was to read manuscripts so that the students could copy them in writing.

Of course, with hindsight we know they should not have worried.

Actually, book printing allowed them to make their courses more attractive, the learning much more effective and their work more fun. Instead of dictating, they could now use their time with students discussing the text, stimulating the critical and analytical thinking skills of students. Moreover, the best of them could produce their own manuals, making knowledge much more accessible and as some of the brighter lecturers discovered, having your name on a book cover also was great for one’s ego.

They will also get a free online course from LSBF’s online executive portfolio. It also has the potential to move a lot of the traditional classroom work to the web, stimulating students from various geographic and cultural regions to work together on assignments and discussing content. Even though e-learning, for instance through MOOCS (Massive Online Open Courses), typically addresses very large numbers of students at the same time, high quality e-learning is able to facilitate small group and highly interactive teaching in a smart and effective manner, better even than in a traditional classroom. 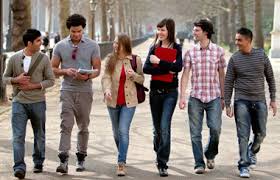 It can be much more effective in stimulating students to search independently for knowledge and work in small groups to get results, no longer relying on the teacher to guide them to the right answer. Of course, as to be expected the initial reaction of many educationalists is sceptical and even defensive. But that is just an issue of history repeating itself. Truth is that e-learning poses no threat to classroom education, on the contrary it allows classrooms to transform and for education to reinvent itself. Because education is in dire need of reinvention!

The current form of teaching was fine for the last twentieth century but is getting rapidly out of the touch with the demands of modern times. First of all, there is the process of globalisation. We accept that globalisation affects everything we do. Some clearly regret that but it is a reality of modern life. That globalisation will affect education is inevitable.

Globalisation of education is partly driven by a desire to achieve higher academic quality and improve employability of graduates. The export of knowledge is of great value to the UK economy and UK society, not just economic but also in ensuring a continued influence at the global stage. Attracting the brightest in the world to teach here, to do research and of course to study here is essential for prosperity in the context of a knowledge-based economy. It is important that all three strands of globalisation (besides international student recruitment, transnational provision of education and e-learning) are part of the mix. In fact, if done in the right way, they can reinforce each other. Much is delivered in blended mode: students doing the first few years abroad and then progressing to the UK and of course, students blending parts of a course online with parts in a more traditional classroom setting. 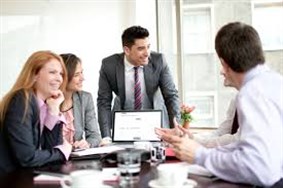 Besides crossing the borders globally, there is also the need for breaking down the barrier between classroom and workplace realities. The traditional education is still very much based on transfer of knowledge and developing quite theoretical skills. Though that is actually a good preparation for a career in teaching or research, it is not the best way of learning for over 95% of graduates who enter the ‘real world’. For those students in the modern world, it is much more important to gain hands-on experience in that real world.

I am co-chairman of an organisation based in Boston USA called WACE (World Association for Co-operative Education) which brings employers and educators together. In the 21st century, getting a relevant education is not just a matter for educators but equally for employers. The latter have a vested interest that future employees have experienced relevant work whilst studying. It is not just about internships though. What we advocate is work-integrated learning whereby students can re-integrate their experience with working into the classroom and become familiar with the concept of reflective learning. It sounds like a paradox but in the modern world for high quality learning, working is just as important as studying. In the UK I believe this is insufficiently recognised by many educators, employers and certainly by those who make it difficult for students to integrate work into education.

One can moan about lack of employability and even question the value of a degree, but actually I think that too many people fail to understand that the idea of the fulltime student, locked up in a classroom between the ages of 18 to roughly 22, is based on highly outdated thinking. In fact, the idea that you would have acquired by the age of 21-22 all the knowledge you need for the rest of your life to be successful in a knowledge-based economy is pretty silly when you think about it.

Economic success, commercial success as well as personal success is based on the ability to develop professionally and intellectually. After Work-Integrated Learning should come Learning-Integrated Work. Graduation is not the end of student life but merely a shift in emphasis.

Continuing to develop professionally through continued study is essential for ambitious or curious individuals and is equally important for employers. 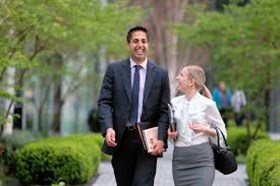 I am amazed how few employers understand the need to stimulate that their employees integrate education in their work. Not surprisingly, at the London School of Business & Finance (LSBF) we pride ourselves to be in touch with the needs of the contemporary society and hence to listen carefully to employers who want us to collaborate with them to integrate learning into work. E-learning is a very useful tool for that. For instance LSBF signed up with Cornell University’s e-Cornell programme in the USA for a large portfolio of executive courses. But more conventional forms of ongoing professional and tailor-made courses are equally available.

Education is no longer just about preparing graduates. It is a life-long commitment to boost career progression and support career changes. At least, that is how I see the realities of 21st century education.

I strongly argue that education will have to radically reinvent itself. I believe that is a very exciting conclusion. But those who have major vested interests to defend will strongly disagree. Though some individuals and even entire universities will see and will want to engage enthusiastically with the opportunities as I just briefly indicated, the undeniable truth is that the higher education system as a whole need to be more committed to innovation.

Being sensitive to what students, employers and the society at large really need is what will make institutions such as LSBF a success.

Unlike in many other parts of the world in the United Kingdom private higher education institutions are classified as ‘alternative providers’. The truth is that these institutions have an essential role to play in terms of innovation and employability and as such are gaining a much more prominent place in the higher education landscape. I am convinced that the government and many others recognise this and are willing to create more space for the ‘alternatives’. The reality is that more and more people and organisations will vote with their feet.

Meanwhile, for those who do not like the message that education is about to transform itself, some good news: in education one can survive for quite a long time by simply denying realities. I still see lecturers or even speakers at conferences reading slowly and loudly their notes, seemingly expecting everyone to copy them. They refuse to accept that it is more efficient for the audience to read the reproduced text in printed version than to listen to someone reading it. They patiently ignore the fact that some five centuries ago printing was introduced and those who are sitting in the lecture hall or conference room are all too polite to explain to them they are out of touch with modern life. Instead we discreetly doze off or alternatively use the time to check our i-Phones.

Professor Dr Maurits van Rooijen is the Rector and CEO of the London School of Business & Finance (LSBF). He is also president of the Compostela Group of Universities, co-chairman of the World Association for Co-operative Education and Vice President of the European Access Network.

A version of this article has also been published by i-Magazine.